One thing about Broward County, miracles still happen.  Here is an account of a miracle experienced first-hand by some of our EWM agents who 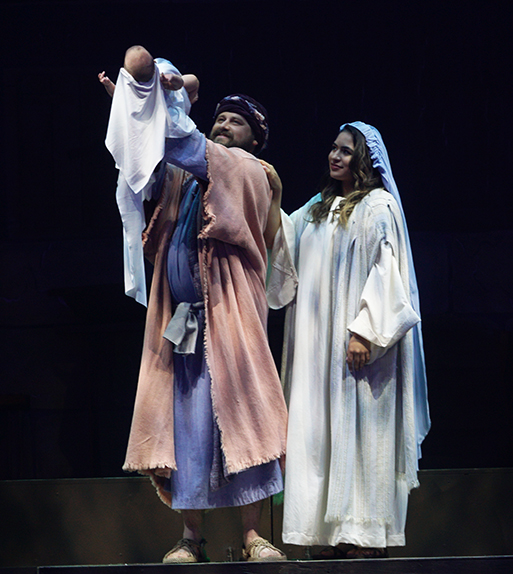 were involved in the event below — either as performers or as spectators.

On December 19, 2006, President Bush on Tuesday signed bills to raise federal funding for autism . . . Congress voted on Dec. 7 to significantly increase federal funding to identify the cause of autism, now diagnosed in one in 166 children. The Senate, acting a day after House passage, approved on a voice vote legislation that authorizes $945 million over five years for autism research, screening and treatment. Associated Press.  December 19, 2006

“This was a most amazing moment.”

Many of you were aware that I was in the choir and cast of the Fort Lauderdale Christmas Pageant for three seasons.

During the 2006 season, we performed over nineteen shows, in addition to various rehearsals and four formal dress rehearsals. The entire cast grew quite weary, yet we were determined to finish strong.

Each night before the show the cast and crew received notes and information from the pastors as to how we could enhance our performance.  We were read testimony after testimony of how various members of the audience enjoyed the show.

One particular letter was extremely tough for Dr. Larry Thompson, our senior pastor, to read.  It involved parents of a young fourteen-year-old boy who had always been non-verbal and was diagnosed early in his life with autism.

The parents provided Bible videos and cartoons which entertained him day after day. He had never spoken.

For the first time, his parents took him to the Pageant.

As Joseph lifted the “live” baby Jesus, the young boy spoke.  “This was the most amazing moment.”

He said it not once, but four times during the course of Act II.

The parents thanked the cast for not only “bringing the Bible alive” for their son – but   . . .

for allowing them to hear the sound of their young boy’s voice for the first time!

“This was the most amazing moment.”

The 2006 Holiday Season has long passed; however —

Miracles are still happening all around us every day of the year.

“Until you have formed the habit of looking for the good instead of the bad there is in others, you will be neither successful nor happy.”- Napoleon Hill